The Hoopoe (Upupa epops) is a species that is widespread throughout the world. It can raise its black-tipped head feathers to form a true plume, which is unique among Slovenian birds.

In addition to the plume, it can be recognised by its long, downward curved beak and broad, black and white wings. Its broad wings make it look like a butterfly when in flight.

This bird has got the name "hoopoe" after its distinctive "oop-oop-oop" call.  In Slovenia we call it »smrdokavra«. The name "smrdokavra" is a compound of the verb »smrdeti« (to stink in English) and the dialect word "kavra" (crow in English), which is related to the Slovenian "gavran" (raven in English) and the dialect Croatian "kavran". Slovenian name also refers to the smelling secretions of the young chicks, which effectively deter potential  predators.

Hoopoe nests in large hollows, often in tall trees in old meadow orchards. It is particularly suited to grazing meadows with livestock, as there are many insects on the ground, which it collects with its long beak.

The Hoopoe is a migratory bird, returning to Slovenia in April or May and flying away in September. The species is seriously threatened by disappearance of its most suitable habitat, the tall-trunked grassland orchards. It breeds from the north-eastern Slovenia to the Vipava Valley and is generally scattered around Slovenia.

In the picture below you can see the Hoopoe perching on a irrigation sprinkler. 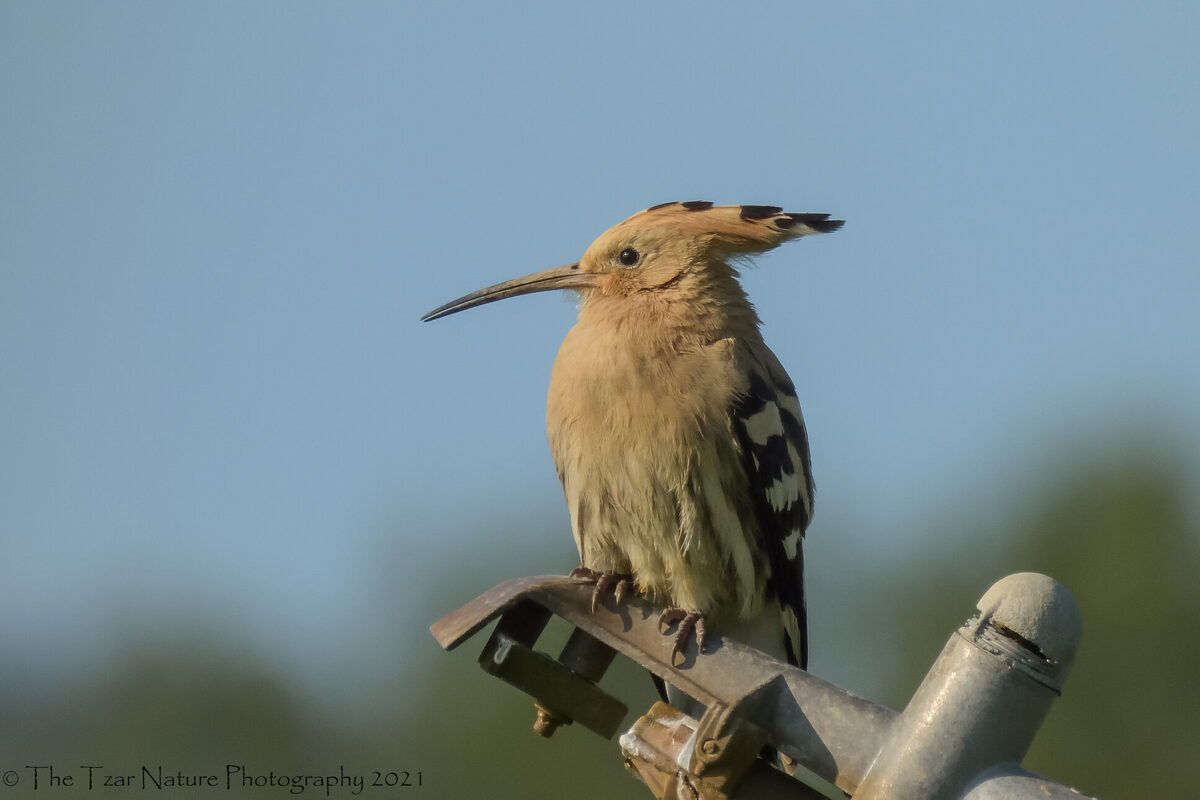